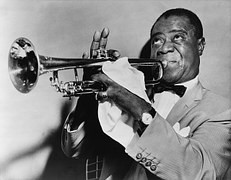 We’re all so different in our view of the world. I might say to you that I love trumpets, old black and white films, macaroons and cycling downhill. My number one book is Remains of the Day and my favourite bird is the flamingo. I despise Jaffa cakes, loathe fantasy movies, have no patience with flutes and simply refuse to cycle uphill. You might reply that you “couldn’t agree more” with all of that.

But I’m pretty sure that you won’t.

I played a game with a friend the other day. It was about well-known people. I kicked off with Terry Wogan. “I can’t stand him”, I said. “But he’s great”, my friend argued. “I really miss his radio show”. “Bryan Ferry” I replied, thinking of his leather trousers and the louche way he caresses his microphone. “Oh, no”, was all my friend had to say about that. We worked our way through a miscellaneous collection of celebrities and had to agree to differ. But there was a select group with whom we had no quibbles… Meryl Streep, Sandi Toksvig, David Attenborough and The Queen.

I developed a fascination with these complex webs of taste when I wrote a list of things I want to do. I’d got the idea from reading about a librarian who came up with sixty experiences that she wanted to have in the year before her sixtieth birthday. I had no trouble scribbling down my own more leisurely list and then I realised that there was no point of intersection between the librarian’s longings and my own. Hers included holding a tarantula, sending an email to Test Match Special, having a bell-ringing lesson and driving a fork-lift truck. None of those are on my list, but then she probably wouldn’t be wowed by any of mine either. Ask a hundred people, even a thousand, and they’ll all have a completely different set of choices.

A bit more pondering led me to wonder why I’d chosen the things on my list. The obvious answer was that I wanted to do them, but I thought I could learn more about myself by delving into why these particular things appeal. A few remain mystifying even to me, but mostly they fall into four groups. For some, it’s about pleasant associations and wanting to recapture their essence. Watching all of Billy Wilder’s films is one of these. They take me back to rainy childhood Saturday afternoons by the fire. A couple are about sharing something with a special person. I love Edinburgh’s austere elegance and wanted to take my younger daughter, Molly, so I could see it through her eyes. Others such as riding, have challenged me to learn new skills and to broaden my sense of who I am.

However, the greatest number of treats on my list have been about feeding my curiosity. There are things that I’ve missed out on and which make me feel cut off. It’s like that radio programme ‘I’ve Never Seen Star Wars’. My version is that I’d never seen Brideshead Revisited even though it’s a cultural landmark, and I’d never been to New York. I’ve now done both of those things and so when these subjects come up I can relate to them. I’ve learned to identify some bird songs, too, and time outdoors is now more pleasurable. These kinds of things are about becoming more connected with the world. I enjoy learning new things and know that the more I find out about topics, the more I get out of them. Escalating this to a greater scale than my own small adventures I can even see that there’s an evolutionary advantage for mankind in being curious. It leads to the solution of problems that help us adapt to our environment. The pleasure we get from learning is the reward that compels us to keep on doing it.

There are a few treats, though, that haven’t been what I thought they’d be. I’d expected to like all of them, or they wouldn’t have made it to the list. But a couple have helped me find out what I don’t like. It’s felt odd to be doing this kind of self-exploration in middle life. Surely I should know these things about myself already? I realised recently that one of the problems is that I get distracted by wanting to be like people I admire. Annoyingly often. And so it was with my patchwork treat. I was filled full of romantic notions by the quilts in the American Museum in Bath. There’s a room full of them. Many were stitched by the early settlers and I imagined them at sewing bees, gossiping companionably by candlelight whilst producing something beautiful and functional. I was realistic enough to know that a quilt would be too ambitious, but a patchwork cushion seemed like it could be achievable so I put it on my list. I was inspired, too, by the exquisite creations of a friend. However, the bit I forgot is that she’s calmer and more patient than me. And she’s also much more visually astute. I also conveniently forgot that I’ve never liked sewing and am never likely to.

When the time came to have this treat, I got myself all set up with Radio 4 in the background and a large cafetière of coffee in the foreground. For several hours I cut, tacked and stitched away enthusiastically, although from time to time, I did have a niggling doubt about the wisdom of my colour juxtapositions. My machining looked a bit wobbly, too. But I tried to stay positive and keep my thoughts focused on the end product and how lovely it was going to be. After all, it was meant to be a treat and self-doubt is part of the creative process.

Self-deception is never a good idea, though, and by the end of the afternoon the truth was unavoidable as Molly came into the kitchen bringing an air of the Emperor’s New Clothes with her. As always, she wanted to know what I’d been up to and was keen to offer encouragement. I watched as she examined my efforts closely. Then she wrinkled her nose. “Perhaps you could give it to someone you don’t like very much”, she said kindly.

And for anyone who’s been following Fish Mondays I’m pleased to report that the monkfish and tuna experiments were successful. The recipes for all my fish encounters are now on the ‘fish recipes’ page above. I’ll add to them as I go along. But don’t expect any recipes for herring. Did I forget to say? I can’t stand fish with small bones.