Words are such a source of pleasure and fascination. It improves my life no end, to know for example, that pantophobia is not a fear of lingerie but is instead a fear of everything, and that a gongoozler is someone who stands and stares idly at canal boats and locks. And I probably spend more time than I should, puzzling idly over the fact that I’ve never heard anyone say that they’re gruntled, and wondering why I’ve been both overwhelmed and underwhelmed, but never knowingly, whelmed.

Then there are the words that are intriguing because they’re counterintuitive. If someone says that they’re a peripatetic teacher, my reflex reaction is to commiserate. Bucolic sounds more belligerent than idyllic and for years I could not remember what colour vermillion is. Somehow it just doesn’t sound like red. Do choirboys wear hassocks or cassocks? I’m never quite sure. And which man would be brave enough to flatter his wife by telling her she is ‘truly pulchritudinous’?

However, despite having a largely happy relationship with words, I’ve never been able to get on with cryptic crosswords. Although I can do the simple crossword adequately, its wittier sibling stumps me. The clues make no sense at all, and leave me fretting that I’m not intelligent enough. But I’m trying to connect with the world better, and so a desire to join the select, knowing club of crossword enthusiasts led me to put ‘learn about cryptic crosswords’ on my list of sixty things to do.

Like all the other ‘treats’ it was entered onto the list enthusiastically but it stayed there ignored, while I enjoyed some of the easier things.  One of the problems was knowing where to start. I tried looking at the solutions and working back from there, but most of the time I was no wiser for knowing the answers. Then I thought I’d try a book. There are many which promise to cast light on cryptic mysteries but even though I gave it my best efforts, and had a few enlightening and satisfying moments, it was frankly tedious. Not for the first time, I reminded myself that treats aren’t meant to be hard work. I did learn, though, that the crossword was invented in the US in 1913. It was called a word-cross at first, but within just a few weeks it had settled into its familiar name due to a typesetting error.

Perhaps there might be a course or seminar I could attend? I searched the internet optimistically but there was nothing. This gave me a clue, though as I realised that what I’d been missing is having other people to learn with. Books always look exciting and I set out with good intentions, but then I lose confidence and concentration. When you’re learning with other people you can ask questions, have a bit of distracting chat, and a laugh, and then get back to the issue in question.

Then suddenly one morning, the answer popped into my head and I thought of my friend, Caroline. I remembered how when life was tricky, several years ago, I would sit in her pretty garden as she plied me with tea and homemade cake, handed out tissues, and made kind noises. I remembered, too, that she completes The Daily Telegraph crossword every day.

“Could you give me six Cryptic Crossword Masterclasses?” I asked when we next met for lunch in town. She looked a bit surprised to be cast as an expert in this way, but quickly agreed and we settled on fortnightly Thursday morning sessions at her house.

I looked forward to our first meet-up, and it didn’t disappoint. We started with coffee, biscuits and family news and then I stepped into a world where a flower can be a river and butter can mean a ram or a goat. Caroline had done her preparation well and had a stock of crosswords for us to work through.

She started with anagrams. If a clue includes words like otherwise, different, reformed, inside out, and brew this will often denote that there’s an anagram in the vicinity. She pointed out that in ‘I leave guy floundering in a prestigious academic group’ (3, 6), the word ‘floundering’ was telling us that the solution is an anagram. And so I rearranged the words ‘I leave guy’ and there like magic was the answer; ’Ivy League’.

Gradually I learned all kinds of tricks and we filled in more of the solutions. Caroline taught me to look at words in a different way. In the clue ‘A well-oiled lock’ (5), she steered me away from keys, grease and latches. “Think of another kind of lock” she said, and so eventually we got to hair, and the solution, which is ‘quiff’. Next she covered some of the common conventions. The letter ‘t’ can be signalled literally by ‘tip of the tongue’; ‘learner’ often indicates ‘L’ because of L-plates, and more often than not, the word ‘artist’ in a clue suggests the letters ‘RA’  (from Royal Academician). Using that tip, Caroline guided me through ‘They support British artists’ (4) to the solution of ‘bras’. I liked that one. Solving a clue brings a rush of pleasure. After an hour and a half we’d had lots of chat, eaten through a plate of biscuits and drunk a whole pot of coffee. We’d also completed a crossword and I was on a high. We arranged another session in two weeks and Caroline handed me a grid to do in the meantime.

The next day I sat down to solve the clues. But I searched in vain for all the conventions I’d learned, and saw none. I solved one anagram, got a short-lived high from that, and then sat disconsolately for half an hour. I owned up to Caroline at our next session, a couple of weeks later but she was cheerful and explained that there are hundreds of conventions to learn. Over the next couple of months I jotted down many of these in my pink notebook and gradually managed to solve more clues.

Part-way through this process I set off on the train to Leicester to visit friends for the weekend, taking my pink notebook and a newspaper with me. As usual the crossword looked impenetrable at first, and this time there was no Caroline to coax me through. But a train journey was just what I needed. The luxury of uninterrupted time when I could worry away at the clues. By the time I arrived I’d solved a third of them. The next morning I remembered that my hosts are cryptic fans, so I fished out my crossword and together we sat in the garden and finished it. Then they produced their favoured puzzle, the Saturday Guardian. This was quite different from the Telegraph, and notably lewd. All weekend in between doing lots of other fun things we returned to the crossword. Each solution brought a little moment of happiness and I realised then that this initially solitary pursuit had become surprisingly sociable.

I got a lot out of my cryptic crossword immersion and one of the pleasures was discovering some of the clues which are so witty that they’ve become legendary. These are three of my favourites. The answers are at the end.

And while I’m on the subject of words I want to say something about ‘treat’. It’s the word I’ve used to describe the sixty things I’m trying to do. It was fine when I started, but it’s not completely accurate anymore. It’s become inadequate to describe what these things are doing for me. I’ve tried to think of a more apposite word but can’t come up with anything that sounds right. ‘Goals’ is too worthy, ‘challenges’ too exhausting, ‘pleasures’ sounds a bit dodgy, and ‘experiences’ is both dull and passive. Other ideas I’ve had are pretentious or just plain silly.

There is a definite problem, though, in that ‘treat’ conjures up the image of something lightweight and fluffy. It’s true that some of them have a light froth on the surface, but as they become real they grow roots that anchor my life and stop me from being washed around. They’re not about self-indulgence. They’re helping me recover from challenging life events and to stay passably sane. In the absence of anything better, I’ll have to stick with ‘treat’, at least for the time being. Perhaps from now on when I say the word, I should toss my head and roll my eyes with post-modern irony. 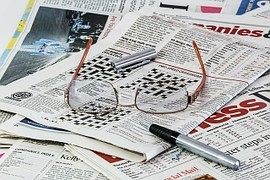 And here’s one I prepared earlier:

OK, so the auditory apparatus is inside out, and it’s caught between the tips of two tongues… it’s still pretty special. (5)

And a final word ...Fish Mondays have continued. Lemon sole and sea bream are now on the fish recipes page.