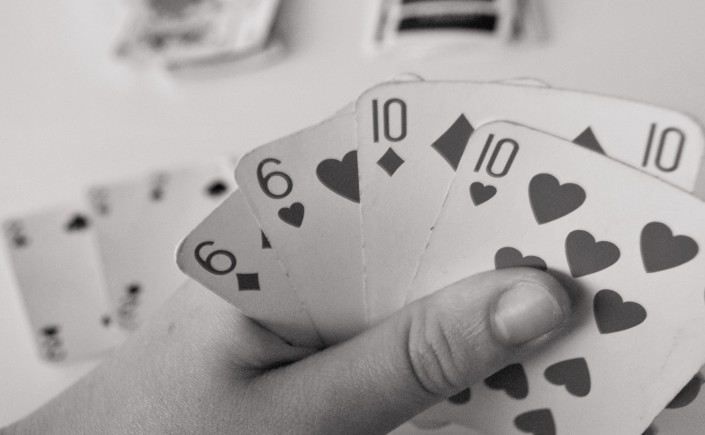 A year ago this week, I packed up my house and moved a hundred miles, leaving my old world in commuter-belt Kent to start a new life in Southampton. Twelve months on, the boxes are unpacked, the pictures are hung, there’s an impressive layer of dust and I can, at last, make my way from home to the city centre and back, without finding myself accidentally heading along the M27.

This week I have another anniversary, too. It’s four years since I started my sixty treats. That first one was a visit to Tate Liverpool and has been followed by many others, including gambling at the races, planting old-fashioned roses, Berlin, New York, and Glastonbury. I’ve had fun, learned new things and made some unexpected discoveries about myself. And there’s another three and a half years to go until my next big birthday. By then I hope to have got to the end of the list. In amongst the remaining treats are New England in the Fall, getting to know the entire works of Jane Austen and Alfred Hitchcock, acquiring a clock with a nice tick, and walking the South West Coastal Footpath. There’s plenty to keep me busy.

I’ve also been busy getting to know my new area; the New Forest pubs, the narrow, dappled Itchen River, the industrial landscape of the docks, big city shops, pub jazz and nearby ancient Winchester. And I’ve enjoyed a bit of university life. Recently, I saw a board outside a café on campus saying ‘Breakfast served from 11.30am to 3.30pm’. You can be sure you’re in a student city when you see that. 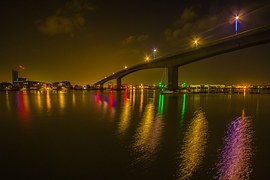 There’s a lot of history to absorb in Southampton. It boasts the world’s oldest surviving bowling green, dating from 1299. But I find the links with the Titanic more interesting. At Sea City Museum I learned about three brothers named Bert, Alf and Thomas Slade. Like many local residents they had signed on to work as firemen on the great ship’s maiden voyage. But unlike most of the others, they stopped off for a final drink at The Grapes pub on Oxford Street. They stayed there till the last possible moment and as they tumbled out, a docks train passed along the road and they had to wait at the level crossing. By the time the gate was lifted, the gangplank on the ship had been raised. They  must have spent the rest of their lives wondering about this twist of fate.

When I sat down to write my treats list, four years ago, I had no idea how the experiences would come to life. And the unexpected separation and divorce that came soon after, meant that none has worked out how I imagined. Life has been full of surprising twists and turns, not least of all those that led to my decision to move to this city. A phone call one morning that resulted in me meeting someone many miles away…who introduced me to someone else…who then did a bit of clever matchmaking. That innocuous phone call changed not only the course of my life but that of my daughter, Molly who moved with me.

I can’t help wondering what would have happened if I’d done something different. I feel responsible for all the poor little babies who won’t be born in the future because my simple action has influenced fate and means that their parents will never meet. Plenty of films and books explore these ideas; Sliding Doors, Back to the Future, Kate Atkinson’s Time after Time, Lionel Shriver’s The Post-Birthday World, and Laura Barnett’s recent debut novel, The Versions of Us. ‘What if?’ is a great literary device. But much as it’s entertaining to play with these different paths, the unromantic truth is that they’re unrealistic. Whether you take comfort in religious ideas of predetermination or adopt an atheistic stance, then the alternative route will never exist. By the time you’re able to reflect on it and ask the question ‘What if?’, then it’s already history.

There is just one path. And that’s the one that happened.

Bert, Alf, Thomas and I can all be grateful for that.

3 thoughts on “Missing the Titanic”