I’m coming to the end of my holiday in South Africa. Over the past couple of years I’ve made several trips here as it’s the country where my partner grew up and where his 95-year old father still lives. This visit we spent some time in the mountains and also in a game reserve. There, elephants blocked the road and we waited and watched whilst the elders foraged on branches and the young males joshed one another. Later, as we ate brunch, a herd of wildebeest clustered around a salt lick, just yards away, and a group of zebras ambled past. My favourite moment came when END_OF_DOCUMENT_TOKEN_TO_BE_REPLACED 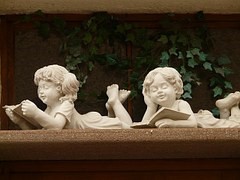 I’ve been feeling out of sorts recently. Nothing too awful but just a bit overwhelmed and exhausted. And one of the most bothersome symptoms has been ferocious belching. I looked this up on the internet and found a list of 198 potential causes. The one that immediately caught my eye was Asiatic porpoise poisoning.

That wasn’t much help, but fortunately I had other resources to draw on. I decided to do a detox. This has worked several times in the past when I’ve felt low and as well as cutting out caffeine, wheat, dairy and sugar I thought I’d try a few supplements. An internet article suggested a cocktail of vitamins and minerals, and also spirulina. I’d never come across this substance before but discovered that it’s dried blue-green algae and is rich in protein. It’s said to be terribly good for you. My fatigue was so bad that I didn’t have the energy to question it – I just went out and bought everything that was recommended.

I started the diet on Friday morning and within a few hours I had a caffeine withdrawal headache which just goes to show how much coffee I usually drink. By Sunday I was starting to feel better and my daughter, Emma, came to visit. After lunch, I disappeared into the kitchen to make some peppermint tea and decided to tackle the algae. I stared at the contents of the packet, which were intensely indigo and as fine as talcum powder. Since I’d mislaid my glasses there was no hope of deciphering the instructions so I plunged in with a teaspoon and took a mouthful. That was a very big mistake. END_OF_DOCUMENT_TOKEN_TO_BE_REPLACED