A few weeks ago I completed something that has been on my list for a long time — reading all of Jane Austen’s novels. I’ve written previously about the trouble I had in getting through Mansfield Park, but on the fifth attempt I managed to finish it and surprised myself by liking it best of all. For those who are similarly list-minded, then Emma came in at number two.

Having done that, I decided to round off my treat by having an indulgent morning out, visiting her home in the village of Chawton. It’s where she wrote and published most of her novels, and I enjoyed the twenty-mile drive through Hampshire countryside with its great sweeping fields stretched out red-gold in the late autumn sunshine. It’s an intimate little house and I spent a gentle, but interesting couple of hours there delving around in the relics of her life and watching a short film. In one of the rooms, I stood next to a small round table where she wrote, and I read that a nearby door had a useful creak, granting time to hide her manuscript whenever anyone approached. I learned, too, that by the time she left school at just eleven, she’d already been sent away to schools in Oxford, Southampton and Reading.

Afterwards, at the café, opposite, I sat outside with a warming bowl of vegetable chilli, and my hands cupped around a large coffee. It was a still moment in an otherwise busy week, and I reflected on some of the things I’d learned from reading these novels. So much was unfamiliar. This was a rigid world where the simple act of wearing pearls or diamonds in the morning could result in being labelled a woman of questionable moral virtue. Genteel society allowed for morning calls with the presentation of a visiting card left on a special tray, but these calls were short, with typically just fifteen minutes of polite conversation in the drawing room. Everyone knew the rules and adhered to them. And I realised why shrubberies make so many appearances in Georgian novels. In a constrained society where all eyes were upon you, they provided a place where couples could find some privacy. 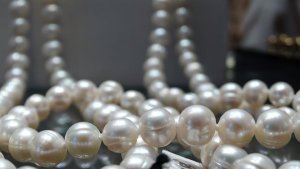 But one of the biggest differences between then and now is the general attitude to women and our role in the world. In Jane’s society, men read the serious histories, newspapers and biographies of the day, whilst women were expected to look charming and to read nothing more taxing than a genteel novel. Marriage tied women to the whims of their husbands, but in some respects it was also a key to freedom. As Jane herself put it, “Marriage is the best preservative against want.” Charlotte Lucas in Pride and Prejudice holds her nose and marries the repellent Mr Collins in order to escape the old maid’s duty of caring for her brothers.  We all know the opening line of that novel “It is a truth universally acknowledged, that a single man in possession of a good fortune must be in want of a wife.”

The view of an independent woman might be quite different today and I like this twenty-first century version of Jane’s famous opening line—“It is a truth universally acknowledged that a woman is capable of building her own good fortune.” Women have come a long way in the past two hundred years. 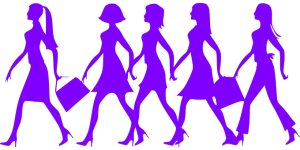 Now in these three weeks since my visit to Jane’s house, the world seems to have shifted. I wore my lucky knickers on November 8th but it did no good. The American election was a shock. In a short while, Trump will be the most powerful person in the world. This is a man who was the co-owner of Miss Universe, who told a woman she was disgusting for breastfeeding, who is anti-abortion and therefore believes that women do not have rights over their own bodies, who has made thoroughly creepy comments about his own daughter, and who has many claims of sexual assault against him. Such accusations are a constant risk for anyone in power but he dug his own grave on that one when he was filmed bragging about “grabbing women by the pussy”. “When you’re a star, they let you do it. You can do anything.” Yet despite all of this he was elected democratically. It’s interesting that non-white women were less convinced, with only 3% of non-college-educated black women voting ‘Trump’. But I find it astonishing that 45% of the college-educated white women who voted, put a cross next to his name, whether holding their noses or not, and that a massive 64% of their non-college-educated counterparts did the same.

In a few years we might look back and think we haven’t come so far after all.