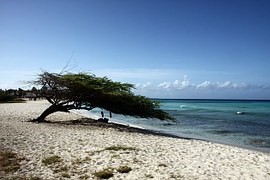 I never fail to learn something new when I listen to BBC Radio 4’s From Our Own Correspondent and last week my attention was caught by a report from the Caribbean island of Aruba. In recent years it’s been suffering a plague of boa constrictors and, as the island’s main economy is tourism, this is not a welcome influx. They’re thought to have been introduced by someone releasing some pet boas into the wild. This explains how they got there, but until recently no-one could understand how they were managing to make their way so efficiently to the furthest reaches of the island. The mystery was solved when they were discovered to be expert hitchhikers. They’re attracted to the warmth of car engines where they curl up and stay quiet while the unsuspecting drivers ferry them around the island.

This story reminded me of Bernard the boa constrictor who went missing in Portsmouth a couple of years ago. His owner had enjoyed a heavy night at the pub and attempted to get into a taxi with the snake draped around his neck. “There’s no way, you’re getting in here with that” said the taxi driver, not unreasonably, and so poor Bernard was brusquely removed and thrown into the nearby bushes. The owner took off in the taxi but someone notified the police and the story was reported on all the local TV and radio stations. My sister and brother-in-law live in Portsmouth and the next day were watching television quietly in their sitting room when they heard a terrible noise in their kitchen. They have a ground floor apartment surrounded by lawns, bushes and flower beds, and in the summer they leave their sash windows open. At first they tried to ignore the unusual thrashing sound, but eventually they looked at one another and wondered if this was just the kind of noise that an angry boa constrictor would make in the confines of a suburban English kitchen. They tiptoed into the hall and worked out a strategy…how to respond if they pushed the door open and a giant snake lunged at them. My brother-in-law has held a number of responsible positions in his life, including father to four boys and commander of a nuclear submarine. He took charge bravely, and positioning my sister next to him for reinforcement, made a sudden dart at the door. It flew open to reveal that the ice-maker on their fridge had gone berserk and was firing frozen lumps at the walls and ceiling.

I often think of Bernard and wonder what happened to him. I can’t find any reports of him being found and since they live for up to thirty years, who knows what he might be up to these days. If I lived in Portsmouth my obsessive personality would force me to check my engine every day before getting into my car.

Another snake, this time a python, cropped up in one of my treats and unwittingly contributed to my sense of mid-life confusion. I’m currently watching all of David Attenborough’s Life on Earth documentaries. I started with the Life of Birds series which I thoroughly enjoyed and then went onto Life in Cold Blood. This is where I encountered the python. The film showed speeded up footage of the snake lying quietly for months, barely moving, with just a pilot light metabolism to keep it alive. Then with no apparent warning it decided it was hungry and sensing an antelope nearby, struck out with forked speed. The animal was squeezed in its coils and over the course of several hours, it disappeared head first down the python’s throat with its hooves sticking out. The snake’s flexible jaws stretched wide open and in order to avoid suffocation it left the top of its windpipe hanging out of its mouth like a piece of flexible tubing. Once the antelope was down, the python’s physiology began to change. During the next few days its liver doubled in size and its heart increased by forty per cent. It took about four weeks for the python to digest its meal. Hair, horns, hooves, everything. Then it went back to sleep again till its next mealtime many months later.

There were many interesting moments in the Life in Cold Blood series but I often think about this episode. One motivation for doing my treats is that I’m ensconced in an existential crisis. I’m in middle age. What am I for? This is puzzling enough, but I have to wonder… what must it be like for a python? 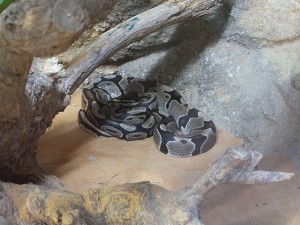