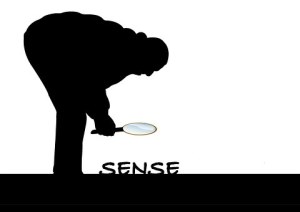 This week David Bowie is nowhere and yet he is everywhere. Countless words have been written about his death, his legacy and his life. There have been reminders of his achievements: album sales of 140 million, the creation of his musical alter egos, and the ability to surprise right to the end with an apparent epitaph in the final album. Historic Dutch church bells rang out Space Oddity in a curiously sweet yet grave tribute whilst the video went viral. And there was an unexpectedly comical moment when a Heart FM Radio newsreader announced that David Cameron had died, before quickly correcting herself.

At significant moments there is usually something for those of us who like lists and this was no exception. In amongst ‘David Bowie’s 24 best songs’, his ‘top 100 books’ and ‘the five best David Bowie songs that you’ve never heard’, Glastonbury’s Michael Eavis said that Bowie was one of the three greatest popular artists along with Frank Sinatra and Elvis Presley. The immediate surprise is the omission of the Beatles, but it’s an interesting trio as they represent quite different facets of the twentieth century. You can learn a lot about people’s tastes by asking which they prefer. In my house I was out on a limb. I went for Sinatra, Bowie, Presley. But Bowie, Presley, Sinatra was the favoured ranking. 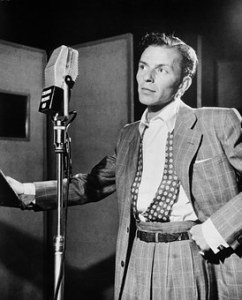 And then there was the comment that made me think more deeply. Will Gompertz, the BBC Arts Editor described David Bowie as ‘the ultimate ever-changing postmodernist’. But what does this mean? Many of the most intelligent people I know, are hazy about postmodernism and Hans Bertens begins his book ‘The Idea of the Postmodern’ with the words: ‘Postmodernism is an exasperating term’. I never had a professional need to get to grips with this particular philosophy so I remained ignorant for many years, getting irritated whenever I heard anyone use the word but never quite summoning the concentration to demystify it. Eventually, though, I worked out that one of the key ideas is that there are many realities within any situation. This contrasts with the previous prevailing belief that science and rationality can explain everything. But even with this simplified explanation, I couldn’t make sense of it. Then I saw an extraordinary theatre production that put at least some aspects into perspective.

In 2007 the innovative theatre company, Punchdrunk, staged ‘The Masque of the Red Death’. It was based on the short story by Edgar Allan Poe together with several of his other tales. The venue was the rambling Battersea Old Town Hall which was dimly lit and decked out in Gothic style, with sumptuous but faded fabrics, cobwebs and a real inscrutable black cat. Performances took place simultaneously in rooms, corridors and stairways spread over several floors and we, the audience wandered round at will. We dipped in and out of scenes that included a perfumery, opium den, a nineteenth-century music hall, bedrooms and a morgue. The actors moved amongst us and we wore white masks to distinguish ourselves from them. I went with my three eldest children and soon after we arrived, we split up and went in different directions through the building. The result was that we each had a unique experience of the evening. Afterwards we shared our thoughts and realised that our understanding of the production was entirely dependent on which bits we had happened to stumble upon.

Suddenly I got what postmodernism was about and its approach seemed applicable to life in so many ways. In any kind of disagreement it’s valuable to remember that each party can only have partial insight into the other’s position. On the one hand this is obvious, but on the other hand it’s all too easy to forget in the heat of the moment.

Postmodernism is also about taking influences from diverse sources and combining them in innovative ways. These influences might be multicultural, historic, fictional or science fictional. This is where the term postmodernist is particularly relevant to David Bowie as he was a mysterious chameleon with a number of incarnations. I may not be a creative genius who can come up with alter egos like Ziggy Stardust, Aladdin Sane or The Thin White Duke but I have gone through a number of selves. We all do. My relatively recent ones have included Animal-Mad Country Mum and Animal-Free Urban Divorcee. I feel significantly different today from the person I was ten years ago, or even three years ago. New experiences and ideas tweak at our identity in subtle ways as we progress through life and we never know ourselves completely because we change. Like David Bowie, we are all mysteries and our reactions are often surprising; not least of all to ourselves. We present different images in different situations and a person, place, book or film that we appreciate at one stage of life may disappoint at another.

So, in this week when the news has been so full of David Bowie, I’m glad to have revisited my interest in postmodernism and to have got my understanding of it slightly straighter. However, there’s no room for complacency in my philosophical struggles. In reading about it I’ve been dismayed to come across articles like ‘ Postmodernism is Dead’ and worst of all to discover that there’s a new mystery to tackle: after postmodernism comes post-postmodernism. Give me a couple more years and I’ll let you know how I get on with that.

One thought on “A Postmodern Mystery”