We all know that patience is a virtue but unfortunately it was in short supply when my children were young. There seemed to be so much to get done, and one of the things that frustrated me most was the painfully slow rate of progress whenever we went out. They’d trail along, dropping things and stopping and starting so that it took forever to get anywhere. My solution was to train them all to walk extremely fast. I strode along at a cracking pace and they soon learned to keep up. The younger ones protested at first but before long they’d be trotting along with their older siblings. In true dictator-style I managed to persuade myself that it was good for them as they would develop ‘wonderfully strong legs.’ But now many years later, I get my comeuppance for this hard-hearted mothering whenever I go anywhere with Henry.  As he races ahead with his ‘wonderfully strong’ 23-year old legs he looks back wryly over his shoulder and calls, ‘Come on Mum—keep up.’

Thinking back, I realise that I’ve spent my whole life being in a hurry and it’s a perspective that I must have picked up from my mother. She was always rushing around but I’m not quite sure why. Even after she stopped work, she would have urgent washing to hang out or pressing cupboards to tidy.  I’m inclined to do this, too – always dashing to get one thing finished so I can move on to the next. And one thing at a time is never enough. If I can put some washing on whilst sending a text that is good, and if I can build in a few exercises at the same time, and listen to the radio, too, then even better.

But this habit was challenged on Boxing Day morning. The family had all gone out and I found myself with a couple of hours, and nothing particular to do. It felt very odd. I wandered around a bit, nibbled a mince pie, and then remembered that I was part-way through listening to number twelve on my project of Channel 4’s top 100 albums. Normally I put these on while I’m cooking, ironing or driving but this time I settled down in our big, comfortable old sofa and for an hour I gave it my undivided attention. It was both a revelation and a liberation—just me and the White Album. I really listened to it.

The enjoyment and relaxation that I got from just doing one thing at a time set me thinking and I did a bit of research. Much has been written in recent years about the myth of multi-tasking and it seems that it’s a lot less efficient than people believe. It’s only possible to focus on one task at a time so if you’re juggling several activities, there is a constant process of swapping between them. This swap takes only tenths of a second but it’s energy sapping and many studies have found that repeated switching reduces effectiveness. There is also pressure from many kinds of media so that many of us live in a state of what has been called ‘continuous partial attention’—constantly checking our phones, Facebook and other media to make sure that we don’t miss anything. The net result is of attention spread thinly across a number of tasks.

I always claim to love BBC Radio Four but it occurred to me that in nearly forty years of listening, I have never given it my full attention for more than a few minutes at a time. Television and cinema require you to both watch and listen but with radio it’s all too easy to dip in and out, missing huge chunks as you get on with other things.  And for me, the irony of this realisation is that on the whole, I prefer radio to other media–the quality and range of programmes is astounding. So I decided this week to do an experiment and spend a whole morning doing nothing but listening to Radio Four. 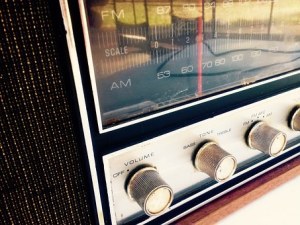 Even after I’d resolved to do this and had carved out a morning clear of work, it was difficult to give myself permission to do just this one thing. ‘Why not make a cake at the same time?’ said my internal time manager, helpfully. ‘No’, I said.

‘You could put on some headphones and go for a walk,’ it replied. ‘That way you could pick up some shopping, too.’ ‘No’, I said firmly. ‘Tidy some cupboards?’ it suggested.

‘Shut up’, I said and closed the door to the sitting room.

Over the next three hours I listened to accounts of swan migration, women-only offices, the response of the Catholic Church to the Reformation, and Greenpeace protests. I learned that every month in London about two hundred young people are stabbed, and I heard some of their stories. They were shocking. A bike designer explained that crossbars are a hangover from the Victorian period when women had huge skirts and had to avoid showing their ankles. I enjoyed some snippets of poetry by Gerard Manley Hopkins and was glad to hear that just before he died, he said ‘I’m so happy’ several times. There was an old interview with the journalist Claire Hollingworth who got the scoop of the century when she reported on the outbreak of the Second World War. Then there was a drama set in Kosovo. Normally I would have zoned out while this was on but it was moving and I’m grateful to have heard it. And every hour in the news there was the juxtaposition of the outgoing U.S. President’s intelligent, gracious farewell speech with the incoming President’s latest block capital (i.e. shouty) tweets. 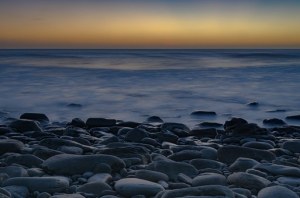 I don’t think that this was an exceptional morning on Radio Four but the overall standard is so high that even on an ordinary day, it was interesting throughout. By the end of my experiment, I’d not achieved anything tangible—no cake, no shopping, no tidy cupboards. But I was relaxed and had absorbed new ideas which changed me in various small ways. It’s not a treat I can manage to do very often, but my multi-tasking handcuffs are broken, and I look forward to my next Radio Four indulgence. More importantly, I must pass on the message to my children that they don’t have to walk so fast.

3 thoughts on “More For Less”